Baby 2 just spontaneously passed out in his chair so there is half a chance I might actually be able to complete a blog post. Or at least start one that I will post a week from now when I happen to be looking at my page and realize that there is something in ‘drafts’. So we’ll see how this goes.

Believe it or not I have actually kept with my plan and have managed to make some headway with editing the WIP. As I suspected, one or two pages per day didn’t happen…that being said, today I completed editing page 36 and Baby 2 was born thirty-four days ago, so it is averaging out. 🙂 There is some temptation to keep barrelling right along but instead I’m going to pause and give those 36 pages at least one more pass-over. I have a few reasons for doing this:

1. Two of my friends who decided to move much too far away are coming to visit next weekend. While they have made it clear that they certainly don’t expect me to have any writing available for them to look at, they have also made it clear how happy they would be if I did.

2. My next long piece is due for critique class next week. I’m considering giving the opening chapter, since last time I gave a piece of chapter 2 and was met with clamours to know what had come before (which was damn nice, I must admit!). I like the opening, it just needs some slight changes since some of the details have changed in my head even over the past few days. I was also considering giving a later piece – this scene is quite dark and the previous ones I’ve given were dark also, so I thought I might go for something different. But then my husband pointed out that…

Juggling life with two kids is still proving to be a challenge, and I’m awaiting  the summer holidays with some trepidation. With any luck, we’ll be into some semblance of a routine by then and perhaps that will make things easier. At the moment however, I feel like I’m still flying by the seat of my pants…and, as I’m only one month into this mom-of-two-kids thing, I think that’s more than okay. I’d be willing to give myself even more time to get organized if I wasn’t worried about the aforementioned holidays. Nevertheless, settling into this is actually going far better than I had anticipated. Baby 2 is a very good baby – he naps (though not in his crib, unfortunately) and the nights haven’t been TOO bad (yet), though I do stay up far too late for no good reason on most night. And Kid 1 seems to have adjusted to the new reality. So, all things considered, I’m sure as hell not complaining. Now that the weather is nice, I’ve started going for long walks again and I intend to re-start yoga in the next week or so. Now I just need to find some way to carve out daily writing time… 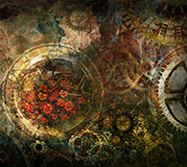 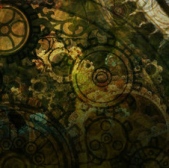